In 2000 Mark became a venture capitalist with Rubicon Venture Partners based on his contacts within the Silicon Valley technology and venture community. Mark was the driving force along with Scott Orr with the formation of Sorrent (now known as Glu Mobile) in 2001. Glu Mobile went public in 2007 on NASDAQ with a market cap of $364 million. Not since the late 1990's has the mobile sector seen such a wave of investment. Start-up cellular carriers raised at least $1 billion, according to San Francisco investment bank Rutberg & Co, compared with just $100 million in the three years from 2002 to 2004. More recently, after launching Sorrent, Mark focused his talents on D2C Games, Inc., a Silicon Valley publisher of interactive entertainment products that were digitally distributed "Direct 2 Consumers." Mark was a member of D2C's Board of Directors from the inception of the company representing RVP and in 2009 was appointed as CEO and Chairman of the Board of the company until taking the job as Co-Founder and CEO of Vegas Games Inc.

"Everyone will find something they love to play in our Vegas Games casino," said Mark Wilson, Co-founder, Chairman and CEO of Vegas Games Inc.
"The playability for both accomplished players and novices to play on mobile, social network and PC is exceptionally easy. The rich elegant graphics and original presentation make for a compelling experience that is just plain fun.

Jamie has been an attorney and executive in the interactive entertainment industry for over 30 years. He joined the original Atari, Inc. in 1981 as Vice President and Counsel of Atari's Home Computer Division. In 1993, Jamie joined The 3DO Company as General Counsel. He was a member of 3DO's executive management team (EVP, Legal and Business Affairs) and also a director of the company's subsidiaries in London and Tokyo. Jamie managed legal affairs for 3DO through its IPO and commercial release of 3DO Interactive Multiplayer (the world's first CD-ROM based interactive entertainment system). In 2010, Jamie Cook joined Gaikai, Inc. as chief legal counsel, an open cloud gaming platform based out of Southern California. Gaikai was recently purchased by Sony for $380 million in 2012. Jamie graduated from Dartmouth College and from the University of Pennsylvania Law School. He has been admitted to practice law in California, Pennsylvania and the District of Columbia.

Robin is a marketing and business development guru with hands on experience in the high-tech startup environment.At Vegas Games, Robin initiates, evaluates and structures strategic management, sales and marketing. Robin also manages brand awareness through the self-replicating viral process.Prior to Vegas Games, Robin consulted at Century 21 Realty Alliance and positioned the company to be in its top 10 of 8000 other franchises.Robin graduated from California State University of Long Beach, where he earned a Bachelor of Science- Business Administration in Finance, Law and Real Estate.

Jamil Stubbs has had a passion for computers and technology for nearly all his life. At the age of ten, he was programming games in BASIC on the Commodore VIC 20. After college he was employed at a start-up company named InfoGear, where he assisted with server-client technologies for mobile devices. His next employer Cisco Systems, helped define the devotion and skills that became embedded in his work ethics. While working at Cisco, he was first exposed to Linux and he has been directly involved in numerous Linux-dependent initiatives ever since then. After leaving Cisco, Jamil would provide services to SONY SCEA and Namco, performing a variety of roles such as IT Manager, Game Designer, Project Manager and managing IT/ Network Design. Jamil's work experiences and exemplary talent are now being leveraged by Vegas Games to create dynamic platform infrastructures that can accommodate the scope of online and mobile games, and related services the Company plans to introduce.

Rob Davidson is an expert level C# and Unity developer and the founder and CEO of Lucid Amusement, Inc an independent digital entertainment studio located in California's North Bay. Rob began his software development career at 10 years of age writing household apps for his family and friends. Now Rob holds over 30 years of real-world development under his belt producing and developing a wide variety of software products from inventory tracking systems to enterprise level data-driven web applications. In 2016 Rob was able to refocus his energies towards his childhood dream of designing and producing video games after landing the contract with Vegas Games Inc for the ZOMBIE SKILL SLOTZ title. Since then Rob has dedicated his professional life to honing his skills with Unity, C#, and across all facets of video game production.

Charles is from Houston, He has 16 years of experience as a software developer with a focus on Games and AI. In his spare time, Charles enjoys building autonomous UAVs.

Mr. Letovsky is the founder and Chief Technologist of Letovsky Dynamics, Inc. He is a successful inventor with fourteen issued patents including the Live Cell Modification Technology which is being used to develop Cancer Treatment protocols. Mr. Letovsky holds many issued patents in the areas of electrotherapeutics, missile defense, fluorescence microscopy, shape memory engines, motion systems, and virtual reality systems. His Motion Platform and Missile Defense Patents have been referenced by many of the world’s top aerospace companies, governments, and entertainment companies. His inventions have catalyzed billions of dollars in global commerce. Letovsky also serves as chief incubator for Vegas Games Inc. patent protected skill slotz games. 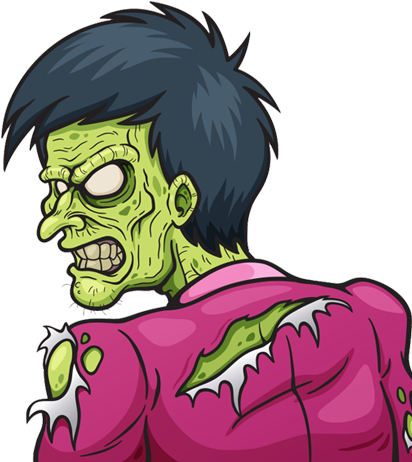